Valentine Van and a Love Story 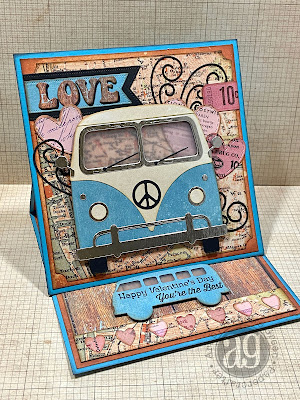 Hello again everyone. It's Valentine's Day, so here's wishing you lots of love today and all year long. I've created a very special Valentine for my guy, Paul, this year. It's special because it's part of our love story when we were first dating (read on). I've used the new Retro Bus special kit (by Elizabeth Craft Designs) to make the VW-style van to make this 6" x 6" easel card. (this die is currently out of stock, but coming back soon.) 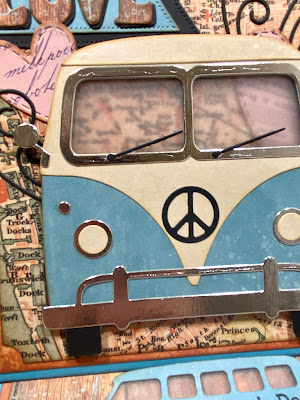 For the papers, I've pulled a variety of things from my stash, but mostly from Reminiscence The Book 3. The key here was to match the color of the VW van Paul use to own. 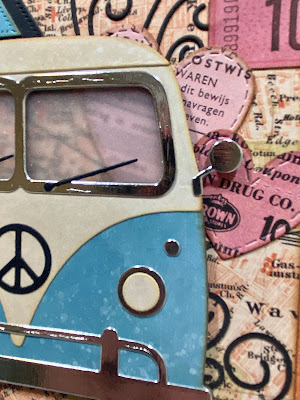 I've added vellum to the windows and used silver metallic cardstock for the chrome pieces. The black swirls in the background are from the Stamen Flowers die and the stitched hearts are from Close To My Heart. 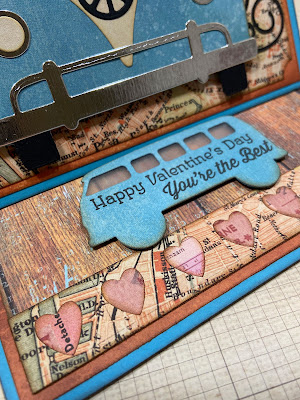 The little van on the inside is popped up with foam tape to serve as a stopper for my easel. 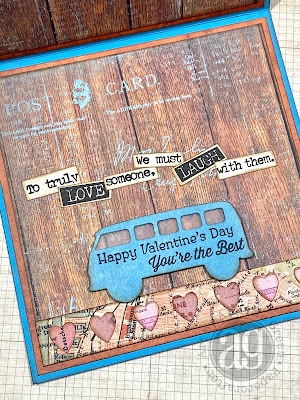 Various stamps are from Close To My Heart. I am determined to use things I already own as much as possible this year, so these stamps are now rather old.
Now for the Love Story...
Paul and I met in 1986 and after our first date I went home and told my mother that this was the man I was going to marry. We both knew this was it, Paul and I. We dated for three months, then he went on a work assignment in California for several months. We wrote letters, called, and he flew me out there to stay for a week in Santa Barbara. When he returned, we continued to date and enjoy all the wonderfulness of a new, happy relationship for about a year.
It was at that time I decided I would go back to finish college in Tampa. He was in Cocoa Beach.
We did the whole long-distance relationship thing for a year. It was going well.
But then Paul decided he needed to sell everything he owned, bought a VW van, and hit the road.
I suppose you could say he needed to "find himself." He purchased a blue one with the white pop-up top. He had a little sink and counter in there, and a bed. It was pretty cool, I had to admit. He packed all of his belongings in there and off he went.
He told me it didn't mean things were over between us.
It was just something he had to do.
I was heartbroken.
He traveled across country, stopping to see friends along the way, to see his family, and finally to settle in Wichita, Kansas with the hope of starting a business. He flew me out there for a visit. It was great, but I returned to Florida and he stayed in Kansas.
We continued to write letters because it was getting more difficult to talk on the phone, we missed each other so much. Finally when things didn't look like they were happening with his business plan, he moved on and traveled to California where he eventually took a job for about a year.
About that time, Paul finally came to his senses and decided what he needed was me. He returned to Florida and we were engaged shortly after and then married a year later.
We will be celebrating our 30th anniversary this May. 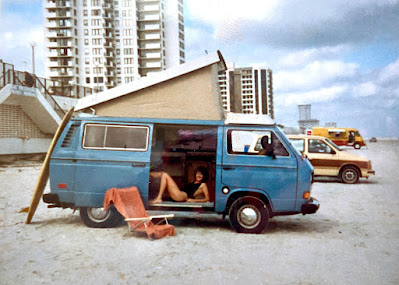 Daytona Beach, 1988.
(Yep, that's me in the high-cut bathing suit. Thank goodness the photo is blurry.) 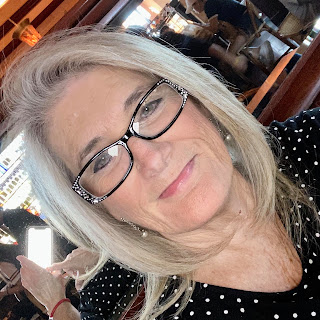 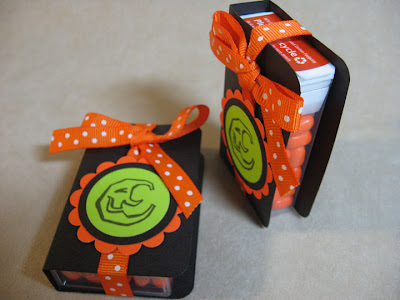 Sometimes you just need a quick idea that doesn't have to be over-the-top, tripped out, with tons of technique and time put into it. I personally love these quick and simple projects. They are easy and best of all: everyone loves getting them! This little Tic-Tac treat holder was an idea I found online. I made 8 of these cuties for my Cards & More Club members. It's incredibly simple . . . • Cut a piece of cardstock 4 5/8 x 3 inches. • Holding it horizontally, score it at 2" and 2 5/8" • Fold on the scores and round off the right corners if desired • I used my Stampin' Up scallop circle punch for the orange • Punch a circle 1 1/2" (mine is black) • Punch a circle 1 1/4" (for stamping) • Cut a piece of ribbon about 12" long • Assemble as shown in the photo • Use the Big Pack of Tic-Tacs (cheap at WalMart in 3-packs) Not to plug Stampin' Up too much here, but until CTMH gets some punches and dies, I'm forced to go elsewhere, ya know?